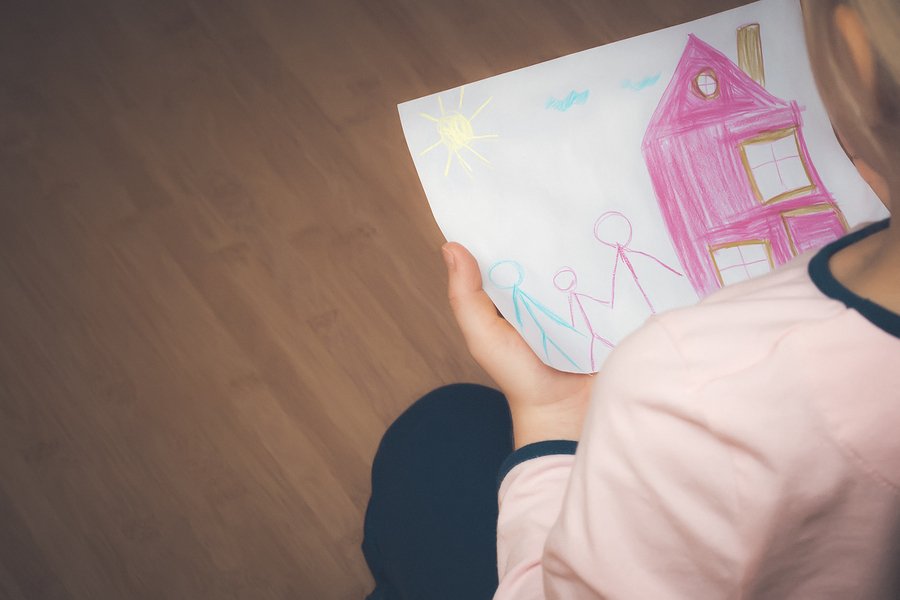 I Have Never Seen My Mother’s Face

I have never seen my mother’s face.

If she passed me on the street, I wouldn’t know her. All I have of her is a short description from the year I was born: early 20’s, 5’3” with blonde hair and blue eyes. I’ve imagined her so many different ways over the years, and found it difficult not to play, “Are You My Mother?” with every middle-aged, short, blue-eyed, blonde I’ve ever seen.

That game sickens me beyond words, and I despise how often I have played it against my own will.

Have you ever pushed some event or detail of your past so far away it almost feels like it happened to someone else? That’s how I feel about my adoption.

The avoidance and evasion doesn’t feel like a conscious decision, it just…is.

It’s just the way I’ve always handled it. It’s easier to disassociate myself. I suppose it’s a coping mechanism I have used over the years to not have to personalize the feelings associated with being given away.

I’m fairly certain I was born on the 13th day of March in 1978, although some adoption agencies changed the dates of birth in closed adoptions back then, so I can’t be sure. I was placed into foster care shortly after. Apparently, my birth mother was “unsure” about whether or not to keep me. I remained in a foster home for five months; until I was adopted.

I have searched every adoption registry I know of, repeatedly, in hopes to find someone aware of my absence in their life, or maybe even plagued by some question of my safety and well-being. Every time I do, I treat it as if I’m searching for a friend, and try not to hold any emotional attachment to the search; which is good, because it has never been successful.

There has never been a single post—not one post from anyone in my birth family searching for that little girl. No one has ever tried to find me.

I used to drink about that; at it, and around it. Now, almost fifteen years sober, I find other things to consume my thoughts and to avoid “it.”

I have known I was adopted for as long as I can remember. It was never painted as ugly or negative. My adoptive parents made it feel like a special gift one couple offers another. They bought me a book called “The Chosen Baby” and read it to me a million times. I was told that unlike boring old traditional baby making, I was hand-picked for their family. 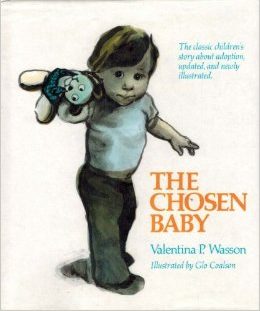 I have never been referred to as anyone’s “adopted” daughter, sister, or friend. Some have suggested I look like my adoptive father, which I don’t, and he has never responded with, “That’s weird because she’s adopted.” On the contrary, he once told me it actually invokes a sense of great pride and joy for him. My father has never made me feel like anything less than his daughter. My mother is an entirely different story for another day…or perhaps my unwritten novel.

Although my adoptive parents made it as easy as they could on me, being in the dark has not been easy. Most of the time I actively choose not to think about it, because when I do, it can feel like a kick in the chest. The realities of gnawing, unanswered questions have dragged me through all sorts of uncomfortable emotions; often vital to my sanity not to feel.

I have done a lot of work on myself since getting sober. I have processed many traumatic events from my past, and have even touched upon the subject of my adoption. But still the questions and emptiness hang over my head. I have made many beautiful things out of the shit that has happened to me, but this just feels like an ugly stain that won’t come out of a piece of furniture I can’t throw away.

If I don’t think about it, I don’t have to feel unlovable and innately flawed, or even admit that I often do.

I don’t have to wonder what it was about me, or whatever situation my birth may have caused, that has kept everyone from wanting to locate me thirty-seven years later. Of course, I have brainstormed possible reasons for this, so that I might feel better. Maybe she’s dead. Maybe she’s married and has a family that doesn’t know about me. Maybe she doesn’t want to rock the boat or affect my life in a negative way. Maybe she too is an alcoholic and has been struggling all these years and unable to reach out.

If it’s not my problem, I don’t have to fear that she just doesn’t care or has simply forgotten me.

If I push these facts away, I don’t have to connect with the sadness of not knowing why I look the way I do; while listening to others complain about some unfortunate inherited trait they get to take for granted. I don’t have to claim my jealousy while a friend voices how awful it is to be constantly confused with her sister because they look so alike.

I have never had that problem. I don’t look like anyone in my family.

If I don’t think about those things, I don’t have to mourn them.

Yet every year, every single goddamn year, as my birthday approaches, the thoughts find their way in, and I am filled with a plethora of emotion and wonder.

Maybe this will be the year.

Last year I spit into a tube and shipped my saliva to Ancestry.com for a DNA test. The test offered a breakdown of genealogy and the possibility of being matched with actual blood relatives who had also tested. Waiting for the results felt like an eternity.

What I didn’t find was anything about my mother. What I did find out is that I’m actually 21% African. I cannot explain how jarring this discovery was, or how completely cheated I still feel for having lived thirty-six years of my life without this information.

I was also matched with a first cousin, who happens to be black, living in North Carolina. As it turns out, he was also adopted, and just as shocked to find he has a white first cousin in Massachusetts. Sadly, neither of us were able to answer any questions for the other. Although I was obviously grateful to have an actual blood connection, it still felt like another dead end…and surreal.

This past year has been about making peace with this new information and learning how to incorporate it into my identity, whatever that means.

I believe I know who I am; until I don’t, and I struggle with how these seemingly benign facts have the power to tear the shit out of my security in self.

I don’t want to care anymore about all of this adoption business, and I don’t want to let it eat away at me anymore. But I do. I care so much my chest aches, and I fear an emotional breakdown if I allow myself to feel it all. So, I push it down again, and then inevitably the week of March 13th, it jumps up again to remind me.

You still don’t know who the fuck you are or where you came from.

and you still care.

Julie Maida lives in Massachusetts with her amazing husband and three children. She has been in abstinence-based recovery since May 2, 2000.

Julie is eternally grateful for all the gifts of recovery and fiercely determined to advocate for, and connect ALL women with the appropriate support and resources necessary to achieve their personal recovery goals. She writes about mothering with mental illness at juliemaida.me.

10 Comments on “I Have Never Seen My Mother’s Face”