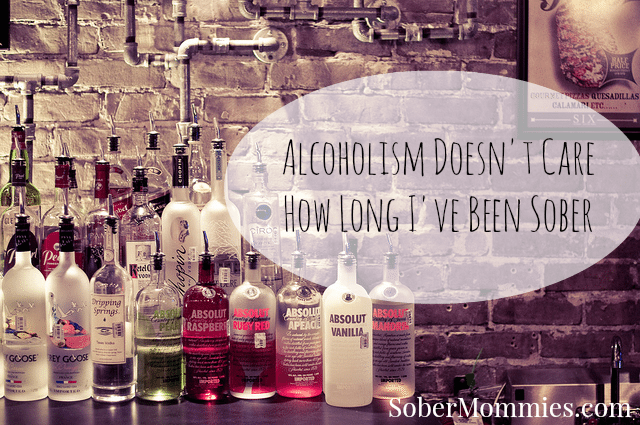 I can’t remember exactly when I started feeling like I wasn’t enough. From an early age, I felt “different” from my friends, and afraid they would notice. I did things I didn’t want to do to “fit in,” and be “normal.”  Much of the time it was out of the need to feel comfortable in my own skin. I have rarely just allowed myself to be who I am without fear of rejection.

There were years that I didn’t like who I was and was certain no one else would either. I was the girl in high school that had a friend in every group, and shifted from one to the other depending on my mood or what day it was.

I learned, pretty early on, how to be a chameleon and blend in.

When I found alcohol, it got easier to hide the fact that I was a scared little girl trapped inside the body of an adolescent, and then adult. Alcohol gave me the power I had been searching for my whole life. It allowed me to be whomever you wanted, and act accordingly. If I stepped out of this role and disappointed you, I could always blame the vodka. I was totally convinced that vodka made me violent. It wasn’t until I got sober that I realized it was deep-seated anger that made me act that way. As I child I learned that being outwardly angry was dangerous, so I stuffed it away…until I got drunk.

When I got drunk, I told you what I really thought. I had no filter, and used that state to berate and beat you with my words, and often my fists. It was an escape for me that came with what I thought was a “Get out of jail FREE” card. I lost count of how many times I used a drunken night to excuse inexcusable behavior. “Sorry, I was drunk” was about as close to a genuine amend that I could make back then, and I remember feeling totally victimized if my “apology” wasn’t immediately accepted.

After years of sobriety, when it came time to make official amends to those I had harmed with my words and actions, I had to accept full responsibility for all of my half-hearted requests for forgiveness.

Most of the people I sincerely apologized to accepted it graciously. When asked what could be done to rectify the situation, most just asked that I continue my journey of recovery so that the offenses would not repeat.

“Old behavior,” was replaced with healthy boundaries and awareness. I continued to take the action necessary to be rid of the selfishness and dishonesty that promoted my need for instant gratification and control. Then I hit a bump.

Something happened to me that provoked a fear I had never known. When I tried applying the tools I had learned—the ones that helped in the past—they didn’t work. Depression grabbed me by the throat and refused to let go. When I reached out to the people in my life that had taught me how to use these tools, I was repeatedly directed back to them. I got questions like, “What are you NOT doing?” and I couldn’t answer. I was doing everything in my power, and still feeling lost and afraid.

I began to feel abandoned by the people who once saved my life, and I started making excuses not to see them.

They were too busy, or didn’t want to hear about my problems anymore. I knew what they were going to say if I called, so I didn’t. I created rifts in many relationships, and then used them as an excuse to end them. I started to isolate myself.

I was still practicing most of the principles I had learned, but started to rely on my ability to pick and choose which should apply. “Old behavior” started to creep back in as possible solutions to the way I was feeling.

One night I went out with two of my high school friends and a woman I work with. One of them had a night of bar hopping planned. I didn’t say no. I’d been sober for fourteen years, and it wasn’t my first time in a bar. I was sure I could handle it.

I was asked to buy a rum and coke and hold it while my friend went to the bathroom. I did.

I had no intention of drinking it, but the resentments started to brew. Why had someone asked me to buy a drink knowing that I’m sober? Why had I not responded the way I should have? What happened to self-awareness and ability to set boundaries? What was I doing at a bar in the state I was in?

I felt so uncomfortable, but I couldn’t leave. I had agreed to be the designated driver. I manipulated myself into staying.

I didn’t drink, but I got mean. I started acting just like the girl I was at the bar fifteen years ago. I embarrassed my good friend because I was lashing out and like a selfish jerk. Even the next day, I justified my behavior.

Days later, I felt awful. I did what I knew I had to. I processed my part of the whole situation, and was completely honest with myself about what I had done wrong. I called my friend and made proper amends. Then I got my ass back in gear.

I know that I will never be cured of alcoholism. I have recovered, but I am not immune to relapse if I don’t remain vigilant in my recovery. I hadn’t been doing the things that I know work.

I had shut myself off from connections with people who remind me that it’s a day at a time. I got cocky.

This was an eye opening experience and one that I hope to never repeat. I put myself in danger, and my friends in a terribly awkward position that night. I am not proud of my behavior, but I am proud that I was able to recognize my need for help. I still need help no matter how long I’ve been sober. I hate being messy and not having my shit together. I dislike having to call people and feel like I’m whining about problems, especially if I’ve created them. I despise the fact that I have to rely on other people. It’s true, I do, but you know what I hate more than any of those things?