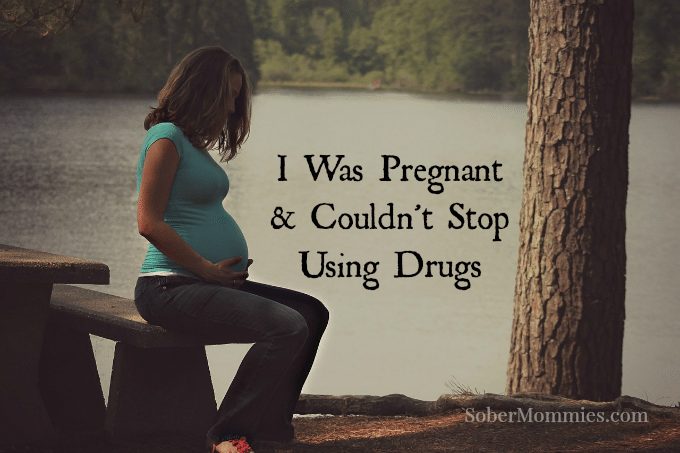 I Was Pregnant and Couldn’t Stop Using Drugs

I was 23 years old, pregnant, and hopeless.

I had no money, no food, no clean clothes, and I was homeless. I had no idea who the father of my baby was. I felt there was no way out. I had committed several crimes and participated in acts I had never thought I would. I felt alone, and as though no one could possibly understand how I felt.

I felt alone, and as though no one could possibly understand how I felt.

Even though I was six months pregnant, I could not stop abusing drugs and alcohol. I was filled with guilt and shame and was terrified to seek help. However, the day came when I did not need to ask for help—because help found me—in the form of an arrest.

I had two felonies hanging over my head; I was not getting out of this one. I went to a county jail on November 27, 2007, for 51 days. During my stay there, I was brought to my prenatal appointments in an orange jumpsuit, handcuffs and shackles. This was a new bottom for me. I had hit every other bottom I possibly could in the previous five years, but this one was the worst. It was the loneliest and most depressed I had ever been in my life. Nothing had compared to being in a locked cell for twenty hours a day. It was a total loss of freedom.

I got released on January 16, 2008, six weeks before my son was due. My mother put up bail so that I could go to a treatment center for expectant mothers. I was fearful—but very grateful. I spent eight months at that facility and was finally willing to listen. I learned not only how to be a single mother, but how to be a good sober single mother. I learned tools that would assist in living a healthy sober life. When I completed the program, my son was six months old and I was just under a year sober. I was terrified to leave the treatment center, but I found a confidence in myself that I had never known. The day I completed the program, I went a 12-step meeting that I still attend.

I was terrified to leave the treatment center, but I found a confidence in myself that I had never known.

It’s been six years since the day I got arrested. I am happy to say that today I am a good mother. I am married and live with my son, who is now five, and two lovely stepdaughters that I have raised as my own. I am in no way a perfect mother. I definitely make mistakes, but I am a sober mother and I am very proud of that. I teach and show my children how to live a happy and healthy life. I show them love and compassion for others. I am an active member of a 12-step program, which allows me to be present for my husband and three children.

Today there is nothing I would not do to be a sober mother.

This post anonymously submitted and originally printed on December 18, 2013.