I have one rule for my sobriety. I don’t pick up, no matter what. I figure if I follow that rule, I’ll be alright. Everything else is a suggestion. There are many recommendations I observe — I pick up the phone when I don’t want to, make gratitude lists, and practice loads of self-care.

People in 12 step recovery often speculate that dating in early sobriety will be the downfall for the newcomer. I can only speak to what I have gone through, and do not believe there is a right or wrong answer. I didn’t seek out the company of men, but, I dated and fell in love. Since February is “love month,” I thought I’d share my love story.

I officially met Cody 63 days into my sobriety. He had 100 days. We went through the same rehab facility and met in the Intensive Outpatient Program. It sounds corny, but we fell in love almost immediately. Four years later, we’re married, have two beautiful boys (not in that order), and we’re still clean and sober. Cody likes to say we’re the exception to the rule. I like to say, we got really, really lucky.

I had no idea who Cody was when he called to ask me out, but I agreed. I couldn’t say no to a man that had made such an effort to get my number. Plus, he had a sexy voice. I hurriedly mentioned that I lived with my parents and didn’t drive (thanks to DUIs). I worried that would be a deal breaker, but I needed to know he was okay with where I was in my life. Sobriety meant that I no longer tried to preserve a facade of a “normal” life.

On our first date, he told me his divorce wasn’t officially finalized, and within days we had shared the wreckage of our pasts. Neither of us were trying to hide it. I had spent so many years trying to pretend that I had any of my shit together, and it was incredibly freeing to no longer make excuses for my life. He listened, he shared, and he accepted me. And that felt good. 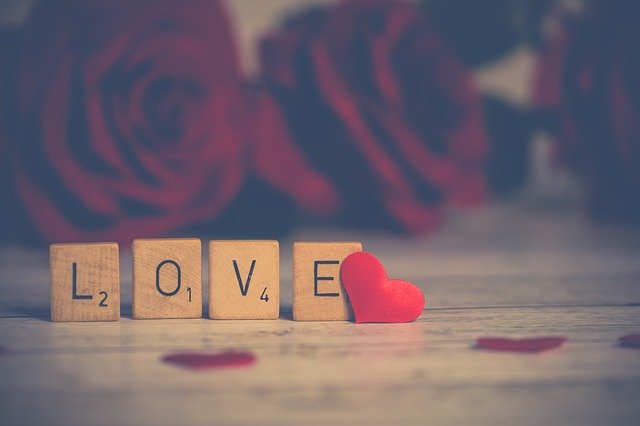 We began setting boundaries from the very beginning. I hadn’t set one boundary in all of my 25 years, and it was shocking how easy it was. We concurred that if either of us relapsed, we’d break up. Early on, we talked openly about sex; I had no desire to be a one night stand and neither of us wished to jump into it. We took the pressure off of sex. We rushed and pushed nothing.

From the start of our relationship, we worked individual programs. That was another boundary. Whether it’s our 12 step programs or other sober outlets, we’re separate. I know my husband’s sponsor, he officiated our wedding, but beyond that, we have individual recovery. I take my own yoga class, and he goes on his own runs. I don’t nag him to meditate and he doesn’t remind me to read my daily affirmations. We see different therapists and attend separate after-care groups. He’s my brother in sobriety, not my sponsor.

There were many things I began to do differently when I sobered up, and this relationship was no exception. I made myself, and my new journey, a priority by spending time getting to know the new me. I didn’t ditch my friends and family just because I was dating again. Recognizing that heartbreak could lead to relapse, I taught myself that he was not my world — I’d be okay without him. I didn’t lose myself in Cody, and by doing that, I was able to discover myself, and stay sober.

There were some habits I didn’t immediately change. Early in sobriety I didn’t understand the difference between passion and drama, and I had the notion that arguing was imperative. I projected all of my insecurities because I believed Cody would leave me; that it was inevitable. Truth be told, he had to break down quite a few walls.

I’ve discovered much about love, and I’ve found that true love is easy and unselfish. It is a partnership. I learned to stop fighting everything, and stop feeding into this idea that chaos was crucial.

I’ll never forget a moment of clarity I had during an early disagreement with Cody — an argument I had started over nothing. I really thought if he fought with me he loved me. I was very rudely insulting him when he interrupted me, firmly. “Melissa, I don’t know what you’re used to, but we will not talk to each other like that.” That was the first and only time I’ve heard him use that tone with me. He wasn’t harsh, or mean, he was simply setting a boundary.

After that conversation it just sort of clicked. I was self-destructing this genuinely awesome guy because I was mistaking chaos for passion because I didn’t know how to love a man without anger. Before Cody, I had allowed every guy to treat me viciously, so I assumed that he eventually would too. I took that self-realization and slowly let it bleed into all aspects of my life.

Chaos is no longer my baseline. And that is a beautiful thing.

Perhaps we are the exception to the rule, or maybe we’re just lucky. Either way, we’ve evolved, we’ve loved and we’re still in recovery.

← Your Messy Guts Matter
Ask a Sober Mom: How Do I Win Back His Love? →