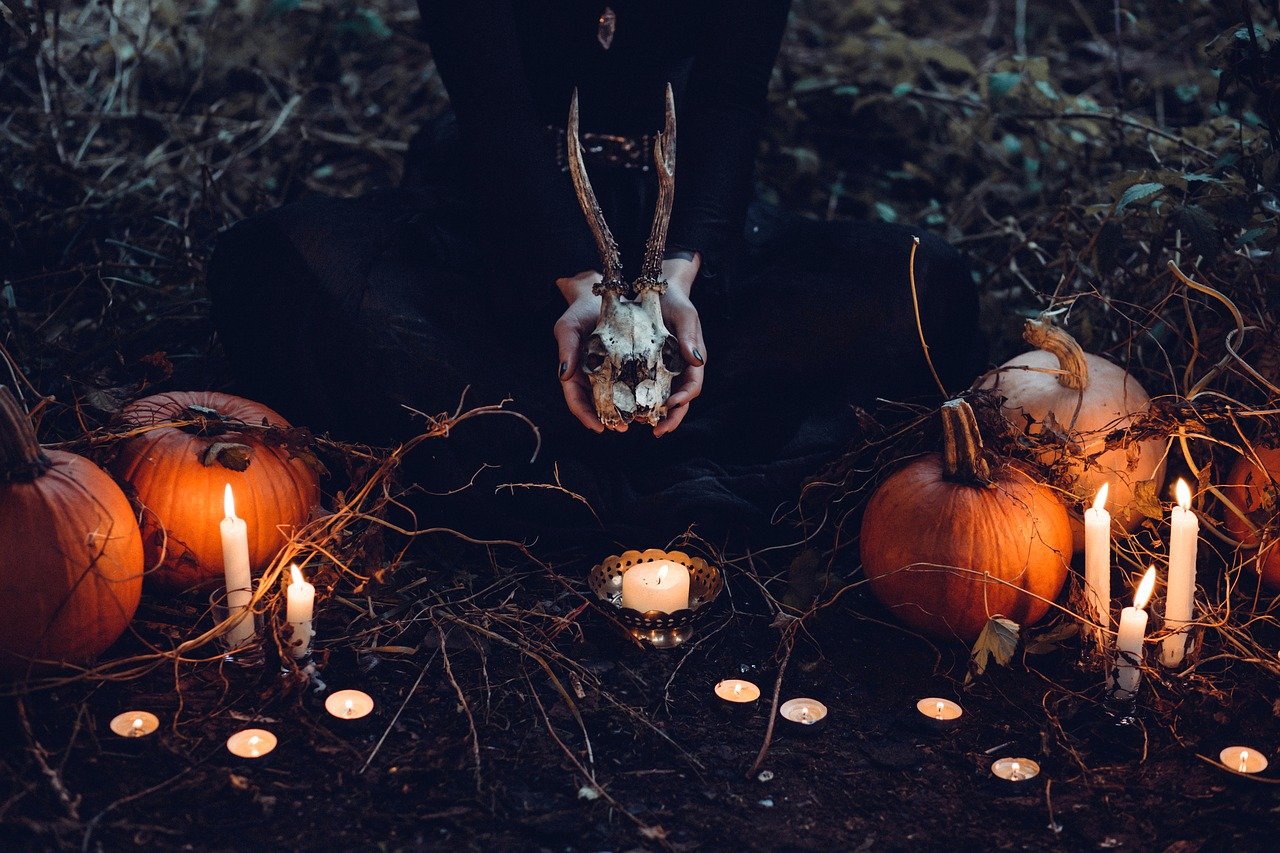 A Terrifying Halloween at the Bottom of a Whiskey Bottle

Welcome to my rock bottom. Halloween, 2013. A rock bottom that lasted a year—a turning point in my life. I remember like it was yesterday, though I don’t recognize the girl I was.

I was an alcoholic and no longer attempting to hide it. The scariest part of that Halloween was the mask I wasn’t wearing. I was getting as drunk as I could while waiting for my addiction to kill me. There was nothing left—I possessed no more energy to hide, and I knew I’d never quit. Death was my only option.

“This is all you’ll ever be” I told myself.

My brother invited me to his Halloween party. I had no friends anymore, and he took pity on me, despite his disdain for my alcoholic-self. I knew I wasn’t particularly wanted, but I was used to the feeling of shame and humiliation and the party provided me an opportunity to drink openly.

I was the oldest person at the party—a 25-year-old loser. I had no job, two DUIs, no license or car, and no real home. I dressed up in a girl scout outfit covered in makeshift marijuana leaves—I called myself a Pot Brownie. It was cute, but not on me—I couldn’t make anything cute back then.

That year was darkest Halloween yet. I didn’t watch scary movies and black cats didn’t cross my path—my life was simply darker than it had ever been.

As I walked home from the party that night, my mom was in her front yard pouring out the whiskey I had stashed under the bed. My precious fucking whiskey. I ran, screaming at her, begging her to stop. My soul can still feel the anger I felt then. Whiskey was my life, it was what my heartbeat for, and to have that taken away from me was devastating. I hadn’t always been that way.

I had been a blackout drinker since the age of 15, knowing from the beginning, I drank differently than most. I never imagined it would end in this repulsive state.

It felt like something out of a horror film, but that Halloween, and the time before it, was my reality. I was rotting on the inside, empty like a zombie—a monster. Locked in a cage of my own making, I was broken, lost, vile, waiting to die and welcoming death. I had nothing, I was nothing. The demons and my addiction consumed me. Life was a constant blackout, my head was full of mayhem, while my world ate me alive.

The week following that All Hallows Eve, I went harder than I ever had before. I was drunk six days straight, my insides marinated with Black Velvet. I imagine my demons could feel the walls closing in, knowing I wouldn’t survive much longer.

I thank the Universe every single day that I somehow ended up in detox, rather than the morgue where I belonged.

Halloween 2019—I’ll wake up next to my husband, the man I love the most. I’ll show up at my job, where my passion meets fulfillment. I’ll take my little boys trick-or-treating, and watch their eyes fill with wonder at the spooky decorations. My boys who know me only as Mommy—not the drunk, broken girl I was.

This Halloween, God willing, I’ll wake up and go to bed, completely sober. That dreadful Halloween five years ago, is a faraway memory, lingering in my mind, like a book I once read or a dream I can vaguely recall. That memory will occupy just enough of my thoughts to remember where I came from.

This post has been republished with permission from mommywithoutwine.com.

← I Had A Cocaine Addiction: Big F*cking Deal
My Fear Is Stronger Than My Faith →