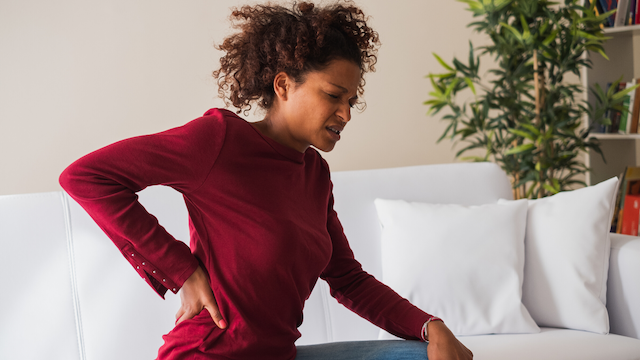 6 Ways to Manage Pain Without Drinking

Pain sucks. I know it well. Aside from a rousing round of tackle football that I played without pads in my early twenties, I’ve been in six car accidents.

My streak began at 17 when I rolled from a stop into the car in front of me. Lots of heartache and guilt, but thankfully no pain. The impact barely affected me or the driver of the other car.

At age 18, I was side-swiped while turning left at a stoplight, and that’s when the pain started. It was on my right side, mid-back, and it felt like I was getting stabbed.

Several months later, I was sandwiched between a Volvo station wagon and a sedan. Post-concussion syndrome took drinking away for eight months while my brain healed, and my back pain intensified until I was visiting the chiropractor weekly. I was young, so my body bounced back pretty quickly.

Once the post-concussion syndrome healed, I had a way to manage my remaining pain: alcohol.

No longer was it just used to relieve social awkwardness and hide from trauma. No. It was a way to avoid the pain, and it was much, much cheaper than chiropractic.

I had a brief respite from accidents until I was 21 and rolled into another car getting on the freeway when I got distracted looking for a tampon. Note: feminine products, though important, are not worth getting stranded on the side of the freeway sobbing because your car now needs a new radiator and you’re flat broke.

I started a new job at an alcohol superstore, and the constant access to booze, combined with the bottle of pain meds I kept in my pocket, made it possible to stand up for eight hours a day running bottles across the check-out scanner.

Accident five waited until I was successfully moderating my drinking. But then, just as I was learning to live life without overdrinking, an Acura SUV smashed into me going 50 mph. My little blue sub-compact was crushed between her bumper and that of the car in front of me. I stumbled away from the scene, severely concussed, barely able to stand.

For the eight months that it took me to get back on my feet, I drank the pain away.

The sixth (thankfully much smaller) accident came and went, but my coping mechanism was there to stay. It sucked. I didn’t like it. But it was necessary. The pain was indescribable, and I sobbed through the days. Then one day I got tired of it. I got off the couch, wiped my tears, put down the bottle, and took my life back. It was tough. It was sometimes painstaking. But it was so, so worth it.

Here is what has worked for me:

I still have flare-ups, and on my worst days (or weeks), the only thing I can do is lie in bed and hug my knees to my chest. Ice, knee stretch, get up and walk, lie back down at a slight incline with my legs over a pillow. Repeat. This may not sound like exercise, but it’s something. If I can do something—anything—physical without causing more harm to my body, I will. That day I put down the bottle, I joined Crossfit. It took a long time. Months. It took gentle, careful exercises. It took listening to my body, but not giving up. It took reminding the trainers there that I have a significant injury. I’m not being lazy. I’m taking care of my body.

This goes with number one, but stretching and rolling out my muscles is so helpful. For my favorite lower backstretch, I lie on my belly for 60 seconds, relaxing, and then raise myself up on my elbows, holding for 60 seconds. Breathing. Calm. I’ve been through many rounds of physical therapy, and I’ll go back from time to time just in case my therapist has anything new to teach me.

Years ago, after the fifth accident, my doctor steered me toward a mindfulness meditation class that met once a week. We did yoga and Qi Gong, and meditated. At the end of the eight-week class, we all spent a full day together without speaking. I thought it would be hard, but it was amazing. It’s something I still do to this day, nearly nine years later. When I have flare-ups, I sit and I breathe. I meditate on the meaning of pain. I remember that though the pain will always be there, and this flare-up is temporary.

Painkillers were not my addiction, but I still have to be careful with this one. Even in sobriety, I’ve abused painkillers chasing relief, because avoidance of pain and suffering is the human condition. But the medications do help, as long as I take them mindfully. I usually take my painkillers before bed and do numbers one through three throughout the day to remain calm and as active as I can be. If I don’t feel like I can be safe with painkillers, I have my husband hold on to them and give them to me as needed.

For me, eating less processed food and more fruits and vegetables helps my pain and inflammation. A lot. I can feel a huge difference with even a day or two of breaking from this habit.

Nobody wants to be in pain. When I’m caring for my children, it’s even worse because they’re little and wild, and they don’t care if I’m hurting as long as they get their Goldfish crackers and Daniel Tiger. So I’m gentle with myself: with my body and mind. I keep in mind that I’m going to get better, it’s just not right now. And I remind myself I’m not a bad person. I’m not a burden. Because that’s immediately where my mind goes.

Not all of these will work for everyone—but I’ve learned that being injured does not mean I can’t be strong. I just have to go about it differently than other people.

After ten years, I get major flare-ups two to three times a year. This is when I’m incapacitated for anywhere from an hour up to six weeks. Minor flare-ups happen several times a month, resulting in me backing off my exercise routine and just doing a lot of walking instead. But then, as soon as I can, I’m back at it. Slowly. Carefully. Strong. Able. I can’t change what has happened, but I can change how I respond to it. I don’t need to drink or abuse drugs to avoid pain, because for me avoiding pain isn’t the goal. I will never truly avoid pain, I will only manage it. And so that’s what I do, one step—or gentle stretch—at a time. 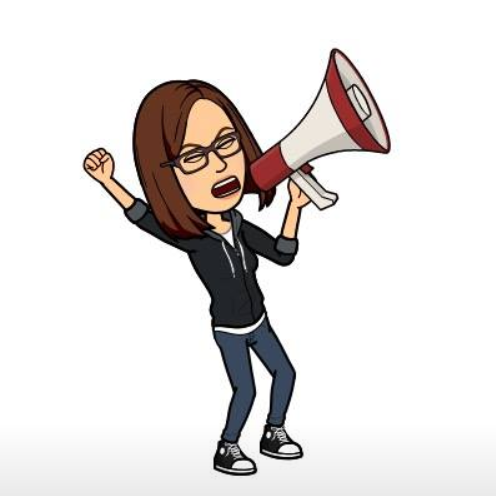 Rachel started her sober journey in 2017, during which she has had experience in 12-step groups, as well as Refuge Recovery. She is a survivor of postpartum psychosis and is not afraid to speak out about her struggle in order to help other women overcome postpartum mood and anxiety disorders, as well as substance abuse.