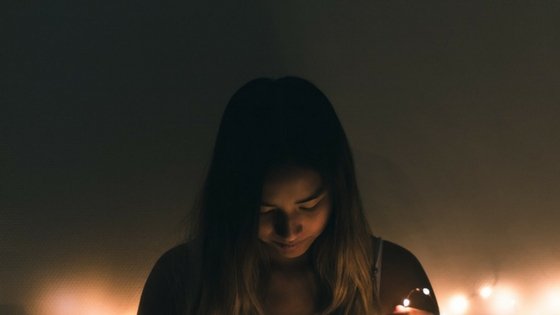 I Had a Miscarriage in Recovery and I Am Not Okay

I had a miscarriage. I was pregnant and then I wasn’t; just like that. We swore we didn’t want any more kids, and then life seemed to fall into place. We thought about the possibility when the time was right. We weren’t trying exactly, but there I was peeing on a stick and a getting a definite positive sign.

What the fuck were we thinking??? Now is not the time for this!

I was worried, but it felt right. I wanted to hold our news for a while. I just wanted to feel happy and excited, without all the negativity I knew we would get from others. We told a select group of close friends and left it at that.

I made my first OB appointment for eight weeks. The doctor kept asking if I had my dates right. Was I sure? He wanted to do blood work and then more blood work, and schedule another ultrasound. He said we would “see what things look like in a week,” and my head started to spin with what-ifs.

I convinced myself everything would be fine, but I knew in my heart it wasn’t. Monday came and went and then Tuesday came with a phone call from the doctor. He wanted me to go to the hospital for an ultrasound. The tech didn’t say a word and wouldn’t look me in the eyes. She just stared at the screen in silence.

As I got dressed, I cried. I was instructed to see my OB in the morning. I walked in and the nurse handed me a box of tissues. I knew what the doctor was going to say. He explained that I had miscarried, and informed me about my options. I opted for a D and C, because I knew waiting it out was going to kill me inside even more.

I thought I was ok. I had miscarried naturally twice before. But I wasn’t ok. I’m not ok.

I feel empty and lost. I’m struggling with the thought that I have no right to be upset. I have healthy children, and I’ve never struggled to conceive, so who am I to be upset?

For the first time in five years I really thought long in hard about breaking my sobriety. I wanted to numb all that I’m feeling and hide from it all. I didn’t, and I won’t, but everything I feel is swallowing me whole right now. The anxiety is overwhelming.

The doctor reassured me that none of this is my fault, that it happens and is more common than you think. But it feel like I must have done something wrong.

I feel so alone.

I hate feeling feelings when they’re hard and they suck, but I’m feeling and trying to process them as they come.

So there it is. I was pregnant and then I wasn’t, and damn it, it sucks.

This brave and beautiful post was submitted by Anonymous.

This post originally appeared on Sober Mommies in September 2017.